An encounter with a spectacled cobra 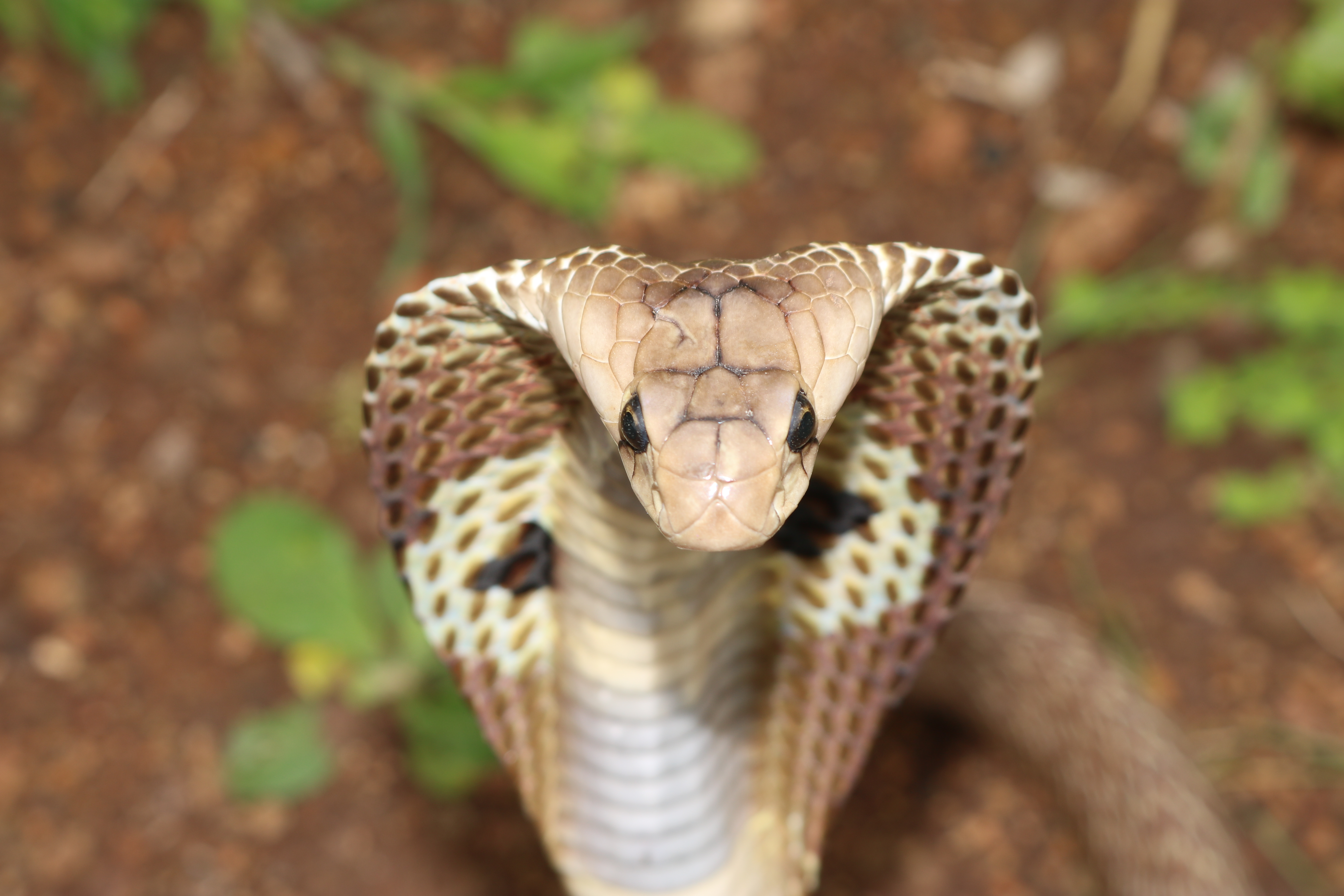 by Maansi Sharan – These long, slender, limbless, scaly reptiles existed millions of years ago when dinosaurs once roamed the earth. They’re found slithering through all landscapes and continents except Antarctica.

Snakes can get a detailed description of the environment around them by occasionally flicking their forked tongue out. Their tongue collects chemicals from the air and ground, which is interpreted in the brain, through the auxiliary olfactory organ located on the roof of the snake’s mouth known as the Jacobson’s organ or the vomeronasal organ. Snakes sleep with their eyes open because they have no eyelids. Instead, they have eye scales that are a part of their skin and therefore get shed along with the skin.

Southern Asia to the islands of Southern Asia are home to species of slithering serpents; the cobra, highly venomous and dangerous.

They are capable of expanding their neck ribs to form a hood. The hood is a flap of skin behind the head of the cobra which, when disturbed, inflates to makes the cobra appear bigger and menacing to the predator.

The Indian cobra, also called the spectacled cobra, is a highly venomous snake. It is among the ‘Big four’ species; Common Krait, Russell’s viper and Indian saw-scaled viper are known to inflict the most number of snakebites to humans in India. These serpents typically dwell in open fields, forest edges, agricultural lands and wetland. But due to abundance of prey they have been encountered in villages as well.

The Indian cobra, although variable in colour, can be easily identified by the distinctive “spectacle” shape or v- shape scales known as occipitals located on its hood. They can grow to a length of 4 to 7 feet, sometimes longer.

Their venom is known to contain a powerful neurotoxin and cardiotoxin which acts on the synaptic gaps of the nerves thereby disrupting the signalling of the neurons which leads to paralysis of muscles. Severe bites can lead to respiratory failure or cardiac arrest. Polyvalent serum is anti-venom used to treat these snake bites.

Below is a video of my encounter with the snake while I was conducting field experiments.

All About Cobra Snakes

← How I met the world of research: A personal blog of my research journey
One punch man of the ocean →

One thought on “An encounter with a spectacled cobra”