by Pavan Kaushik –  Fixed. Immobile. Stationary. The first thing that occurs to one when she looks at a plant. But plants are not passive entities merely subject to environmental forces, nor are they ‘automata’-like organisms based only on reflexes and optimized solely for accumulation of photosynthate. Plants respond sensitively to environmental stimuli by movement and changes in morphology.  Plants communicate within and among themselves as they compete for resources above and below ground. In addition, plants accurately compute their circumstances, use sophisticated cost–benefit analysis and take tightly controlled actions to mitigate and control diverse environmental stressors. And for them, making sure the next generation comes to life is a challenging task, thanks to their ‘fixed’ nature. Most trees reproduce by having a seed. But the problem is tall trees have the ‘problem’ of gravity. If a simple seed falls from say, 20m, it would land (crash) at about 60 Km/hr! That is enough to damage the seed and stop it from germinating. In the best case scenario, even if it survived, it would have to compete not only with its siblings, but also the huge parent itself. A challenging task indeed. Thus, a number of plants have employed ingenious techniques to overcome the gravity sink. And for those who couldn’t stand this test, well, they just became fossils! Here we discuss seeds of the tree Mahogany (Swietenia mahagoni).

Mahogany is a very common avenue tree in BengaLuru. In February, the city hosts an airshow of helicopters. They have a long, slender, aerofoil shaped pods with a seed at its base. The seed is protected by a soft padding by the pod. When a strong breeze blows; the seed detaches off from the parent tree and starts its journey into the real world. If the seed was like a tiny point mass, say a pebble; then as it falls, by the virtue of its height, it would convert its stored potential energy (PE) into kinetic energy (KE). This translational kinetic energy (TKE) would equal the initial PE when it crashes into the ground and the material would absorb all the energy from the impact. But the seed on the other hand starts rotating and it falls spirally along a helical path. This makes the seed to convert its stored PE into Rotational Kinetic Energy (RKE) and TKE rather than just TKE only. Thus, the reduced TKE implies reduced linear momentum, reduced impact velocity, and lower damage. But that’s just half the story. The greater challenge is to come out of its parent’s shadow and get as far away as possible from fellow siblings. As the seed comes down more slowly, it stays in the air for a longer time, increasing the chances of it being blown away to a far off place. Thus, we can see that this evolutionary adaptation of having a winged seed to increase a tree’s dispersal capabilities is a successful technique indeed. Mahogany, Tabebuia, Maple, Samara etc. all have stood the test of time utilizing this adaptation.

Let us now look a bit closer at what is happening here. To do this, I collected seeds on the alleys of BengaLuru and stored them in a sealed box to retain humidity and prevent dehydration. The seeds were dropped from a height and a reference object of known size was placed in the same plane. This setup was videographed at 60 fps. The video was loaded onto tracker software.The position of seed was tracked at every frame. The Position vs time(Pt) is shown here: 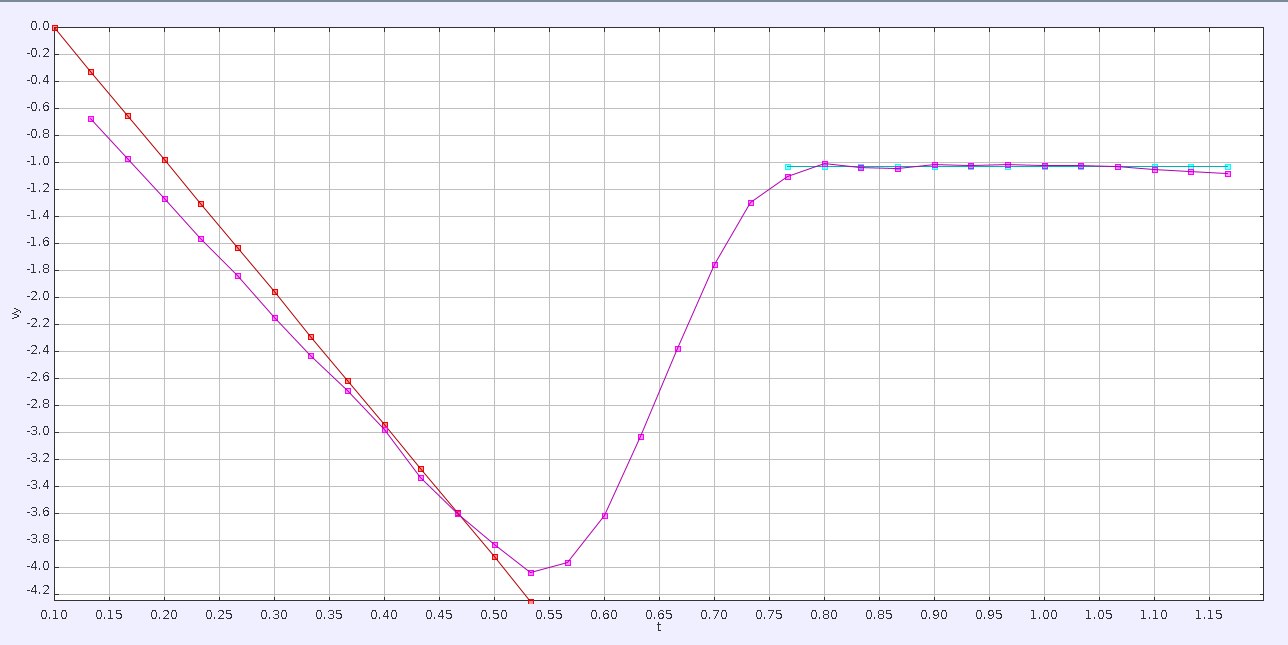 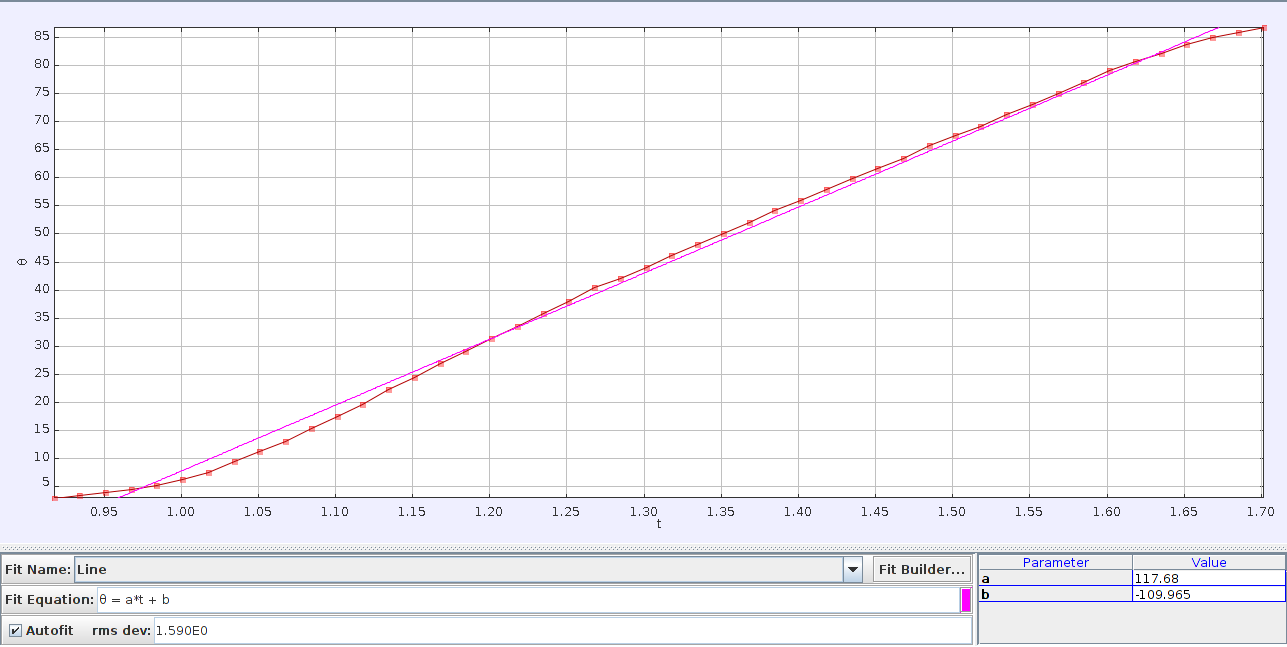 As the seed is dropped, it first orients itself into a horizontal fashion by tipping. Initially, the seed and a point mass are similar and both of them fall identically. But after the tipping of the seed occurs, the seed starts rotating and in a very brief transient period attains terminal velocity. From then on, it does not accelerate. Whereas, the point mass just goes on accelerating. So, the trajectory is a combination of a parabola, a brief transient, and a straight line. The top view which gives us the angular velocity. It starts from zero, a transient phase where it starts rotating, and then a constant angular velocity. The sum total of all energy must remain constant. For a point mass. At t=0, PE is max , KE = 0 ; at t=T, PE = 0 and KE is max. PE and KE are two complementary parabolas whose sum is a constant. This is the Control. For the seed, in the Accelerating Phase (AP), the KE , PE and TE plots are identical to the control. (Assuming that the energy dissipated by non conservative forces is negligible).

In the terminal phase, as the seed has achieved terminal velocity, the TKE stays constant. Since the angular velocity too is steady, the RKE is also a constant. But all along, as the height of the seed reduces linearly with time, the PE decreases linearly till the end. Thus, the Total Energy (TE) is seems to be continuously decreasing. So at first, it looked like a mystery. Then I recalled non conservative forces. As the seed falls, it pushes the air molecules and imparts some of its energy in moving the air around. And as it falls the number of air molecules that gain energy continuously increases, and thus the energy dissipated to non conservative factors also increases linearly. Thus by using conservation of energy, it would be obvious to say that the rate at which PE decreases is the same as that of the slope with which non conservative dissipation would increase. In the transient phase, which at the moment is unclear to me, is the time when the deviation from the control begins. Angular velocity starts increasing, frictional and viscous drag start to play significant roles and TKE and PE deviates dramatically. So we can see the velocity is increasing when it is in AP(Accelerating Phase). And it is constant when it has attained TP(Terminal Phase). The terminal velocity for the  seeds is about 1 m/s. Similarly the acceleration is constant in AP and zero in TP. And angle swept by the seed increases linearly which implies angular velocity is constant. The angular velocity is about 120 degrees/s. Therefore even Angular Kinetic energy is also constant:

This shows that the seed takes time to orient itself in the rotary mode such that its orientation resists motion and drag makes it attain terminal velocity much sooner. When compared to some other seeds, which rotate almost instantly when it is dropped, the mahogany drops a few feet like a point mass before it starts rotating. This may seem as a disadvantage. But if we look at the larger picture, the packing of seeds play a larger role. Seeds shaped like a petals of flower,  are harder to be packed and also waste a lot of space. Whereas in mahogany 50 seeds are packed tightly in a compact shell which is about the size of a closed fist. This packing increases the number of seeds in a given volume and also the cost of production is lower. Thus the increased seed numbers increase the chances of the tree successfully producing a second generation.

Another observation is that shorter seeds rotate faster. The seed is at the edge of the pod. So when the seed rotates, the seed stays at the centre of rotation. Thus, the radius of rotation for the seed is nearly zero, which implies RKE is nil.  The only damage the seed takes is by the negligible amount of TKE. The major beating is taken by the pod due to RKE as it has significant angular momentum. So, this is how the seed converts its gravitational misery by making use of non-conservative forces. The viscous and fluid drag dissipate the gravitational PE and let us enjoy the yearly air show.

Moreover, this is just a preliminary analysis of the seed’s mechanics. Much is still left to do. Is there any relation between the change in the terminal velocity of the seed when the length of the seed is reduced? How does angular velocity change with length? What if the seed is loaded with additional mass. Would the seed rotate in a vacuum? if it does not, how much pressure is needed for it to rotate? Will the seed orient itself into rotatory orientation in vacuum? We could setup an experiment with a mirror at an angle such that a single camera can take two views simultaneously and provide a 3-D view. Using a vertical wind tunnel, (basically a fan with baffles to produce laminar air currents) we can produce a wind speed such that the seed levitates. This will make analysis simpler and allow for quantitative studies such as Particle Imaging Velocimetry (PIV) to understand the nuances of airflow around the seed. This preliminary analysis tells us how the seed employs techniques to survive. How evolution and natural selection has given us wonderful designs. These designs look much more efficient in catching the wind and autorotate very well. Maybe, if these designs could be incorporated into our rotating systems like helicopters, aeroplane wings and other systems, we will have a much more efficient and greener world.

Update : This article was written six years ago by the author. Some time later, a fantastic paper worked out the details just as suggested here using PIV and high speed videos in a vertical wind tunnel.