Field notes from a Fly

transcribed by Gauri Gharpure – A fly’s perspective on the recent fieldwork in Sikkim where we tested our artificial flower models to check pollinators’ responses and preferences.

Somewhere in Sikkim, Sometime in May 2019

“It was a usual day – the sun rose and I began to get ready for my daily tasks. It had been really cold in the night since it had rained the entire time. The winds added to the chill so the morning sun peeking through the clouds was a welcome relief. It was a good sign and it meant I would be able to get food today. Days with such good weather are a rarity here so I had to make sure to use the opportunity to the fullest.

As the sun started coming up, it brought more light and warmth, which I soaked in happily. After basking for a while, I was ready to head out to forage. I did not have to travel very far and landed on my first flower very quickly. I started my feast in the vast grassy expanse, flitting from flower to flower. It was then that I noticed some strange humans around. Humans anyway are not so common here but these looked very different. I knew they were not the usual ones which usually go behind their cattle or carry some long metallic things slung on their backs. These instead were carrying bags and were wearing many more layers of clothes than normal. One of them pointed in my direction and they all got excited, quickly making their way to the slope where I and some of my neighbors were.

What they did next was even more bizarre: they got out some strange looking flowers from their bags and propped them on the ground among my usual flowers. They looked and smelled really attractive, and I was naturally drawn to them. But they were weird since they neither had sweet and humid nectar in them nor the softness or warmth of the petals. I tried to get the nectar multiple times but just could not get to it. I could not understand what kind of plant makes flowers like these. Added to that, the strange humans were sitting and watching me trying to get to the nectar, looking at each other while nodding and pointing at me. They did that for quite some time. Then suddenly they just picked them all up and wrapped up their things. They looked rather pleased with themselves as they trudged away in the direction they came from. 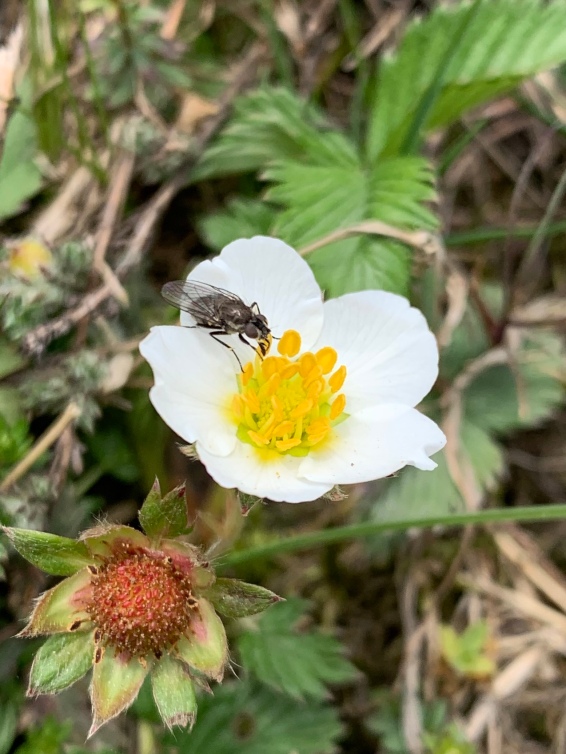 Left: My usual routine: eating to my heart’s content! Right: But this didn’t have any nectar, in spite of looking and smelling like a flower!

The whole episode was quite peculiar and I was left wondering about the flowers. They did seem different from the usual flowers since they didn’t have any nectar in them. I wondered how real they were or whether they were real in the first place. I felt like I had been tested and at first I was not pleased. But judging by the positive body language they showed, I seemed to have passed their test and that made me feel a little better. 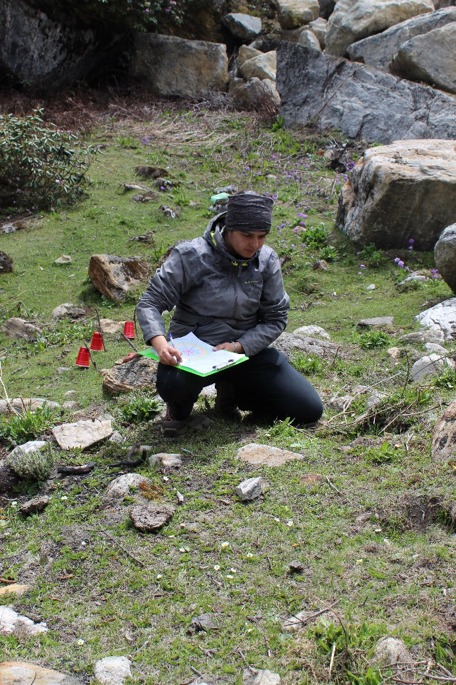 The sun was still high up but the winds had increased and it was getting late. I had my fill and I headed back to rest, wondering if would see the strange humans again. Who knows what kind of flowers they will get next time!”

-Diary of a fly

The humans were watching us, but I was only focused on the flowers

← Our Collaboration with Artists featured at the Victoria and Albert Museum!
ஒரு ஊமையின் போராட்டம்: The fight of the speechless →