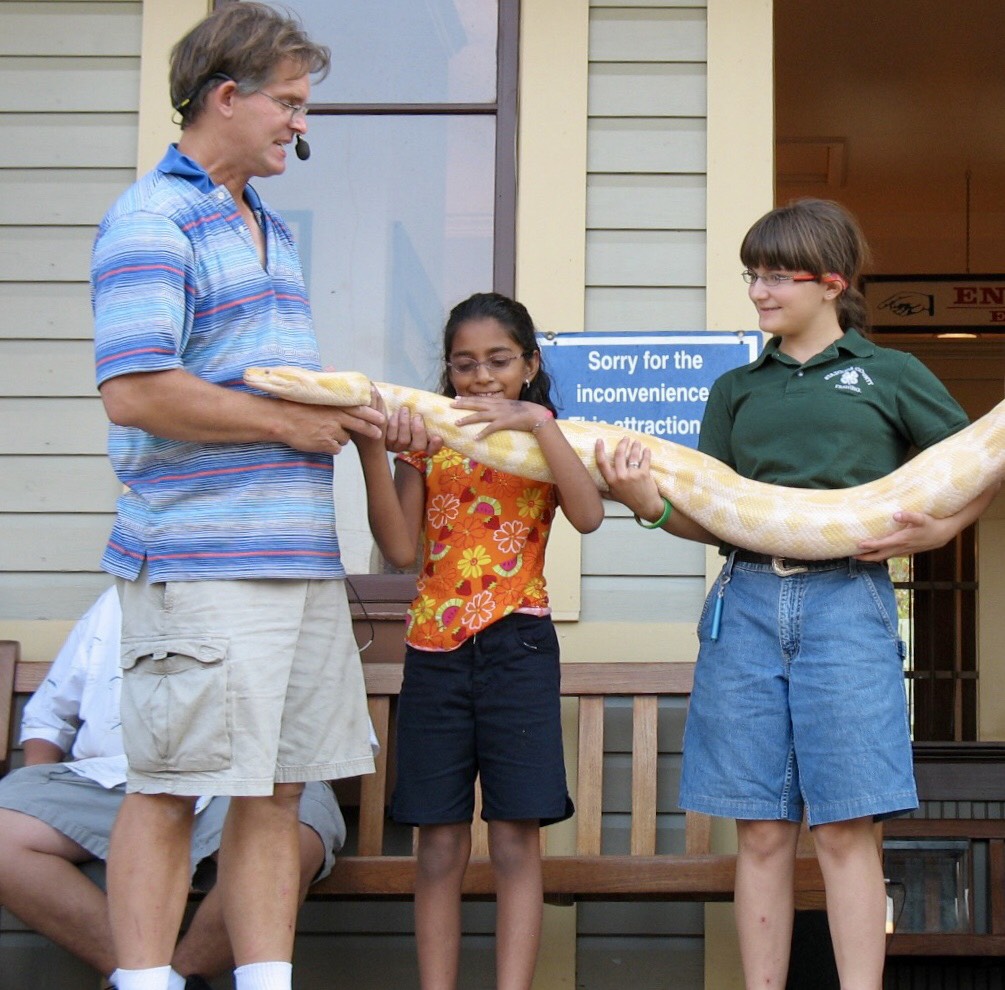 by Deepa Rajan – Several years ago, when I was in elementary school, my parents grounded me after they found out I had been trying to approach a snake. While on a walk around the neighborhood with my younger brother, I had seen a flash of orange out of the corner of my eye and turned to find a thin, hand-length size snake peeking out of the leaf litter. The snake was breathtakingly beautiful and, drawn by some sort of magnetic impulse, I gingerly stepped closer and closer to get a better look. The snake, however, vanished as quickly as it had appeared and left me only with an image of an orange streak seared into my brain so enduringly that I still think about this incident more than a dozen years after the fact.

In the realm of snakes, I am the charmed rather than the charmer. Snakes have always fascinated me for reasons that I cannot quite pin down. Perhaps it is the diversity of venom, the unique motility, the smooth scales and molts, or simply some internal desire to throw my weight behind a largely under-appreciated and misunderstood animal. Whatever the case, I was excited last year to move from the US, where I grew up, to India, which has one of the largest snake populations in the world. While living in Bangalore, I have encountered a few snakes but mainly from a reasonable distance (thanks to my childhood disciplining, I suppose!).

As mid-April arrives, we are now in the middle of cobra mating season! During this period, which varies in length according to region, females initiate the mating process by leaving a trail of pheromones to attract males. The males of most cobra species engage in a courtship dance to impress the females, and usually the largest male emerges victorious amongst the line of suitors. Females lay 12-60 eggs annually and guard them for the 45-80 day incubation period, during which they keep the eggs warm by vibrating their bodies to generate heat. Females of the king cobra species, the longest venomous snakes in the world, build a nest out of leaf litter to provide an extra layer of insulation for the eggs; they are, in fact, the only snake species to build such a nest. This nest of leaves is tightly constructed to protect the king cobra eggs from heavy rains. Towards the end of the incubation period, the cobra mothers leave the nest, thereby reducing the likelihood that they will accidentally cannibalize their own offspring. Once the young cobras hatch, they try to move as far away from their egg site as possible and avoid becoming prey to their sibilant, slithering siblings.

Out of the 216 Indian snake species, 60 are venomous. The 4 snake species responsible for most of the snakebites in India are the Common Krait, Saw Scaled Viper, Indian Cobra or Spectacled Cobra, and Russell’s Viper. The Common Krait and Spectacled Cobra release neurotoxins which paralyze their victims, who usually succumb eventually to respiratory failure. The Saw Scaled Viper and Russell’s Viper release hemotoxins which alter blood clotting.

Although people often revere snakes in India due to their prominent position in Hindu mythology, people also sometimes kill them out of fear. Indeed, approximately 50,000 Indians die from snakebite each year, accounting for around half of the snakebite fatalities worldwide. Improving access to antivenom and medical facilities, especially in rural villages, can help ameliorate this national public health problem. Importantly, however, snakes rarely attack unless you provoke them. If a snake bites you or someone you know, seek immediate medical attention, loosen your clothing, and remove any watches or jewelry from the afflicted region. Do not apply ice or try to suck the venom out!

As summer begins in India and more snakes slither out to search for water and for mates, our best bet is to respect them and admire these beautiful creatures from a distance.

← A week in the Heart of India
Simple but Complex →