The Importance of Free Time

by Pavan Kaushik –  BengaLuru is a landlocked City. It was famous for lakes and that was by no means a coincidence. The city builders were smart and had a foresight for the city. They were aware that the city sat on top of a high plateau and it lacks a perennial river passing through it. They realized that the only way to lift the water from below is the Sun. They relied on rainfall, and since monsoon is seasonal, they had to save a year’s worth of water underground and the excess as lakes. But this was all long ago. I am from the millennial era and I only saw tap water. Any remaining self respecting lake was converted to a park with walkways and entering the water was prohibited. The rest of the lakes became toxic containers. This limited access to water bodies kept my fascination alive. And since my native home is 12 minutes away from my workplace I can’t take a vacation by visiting home. 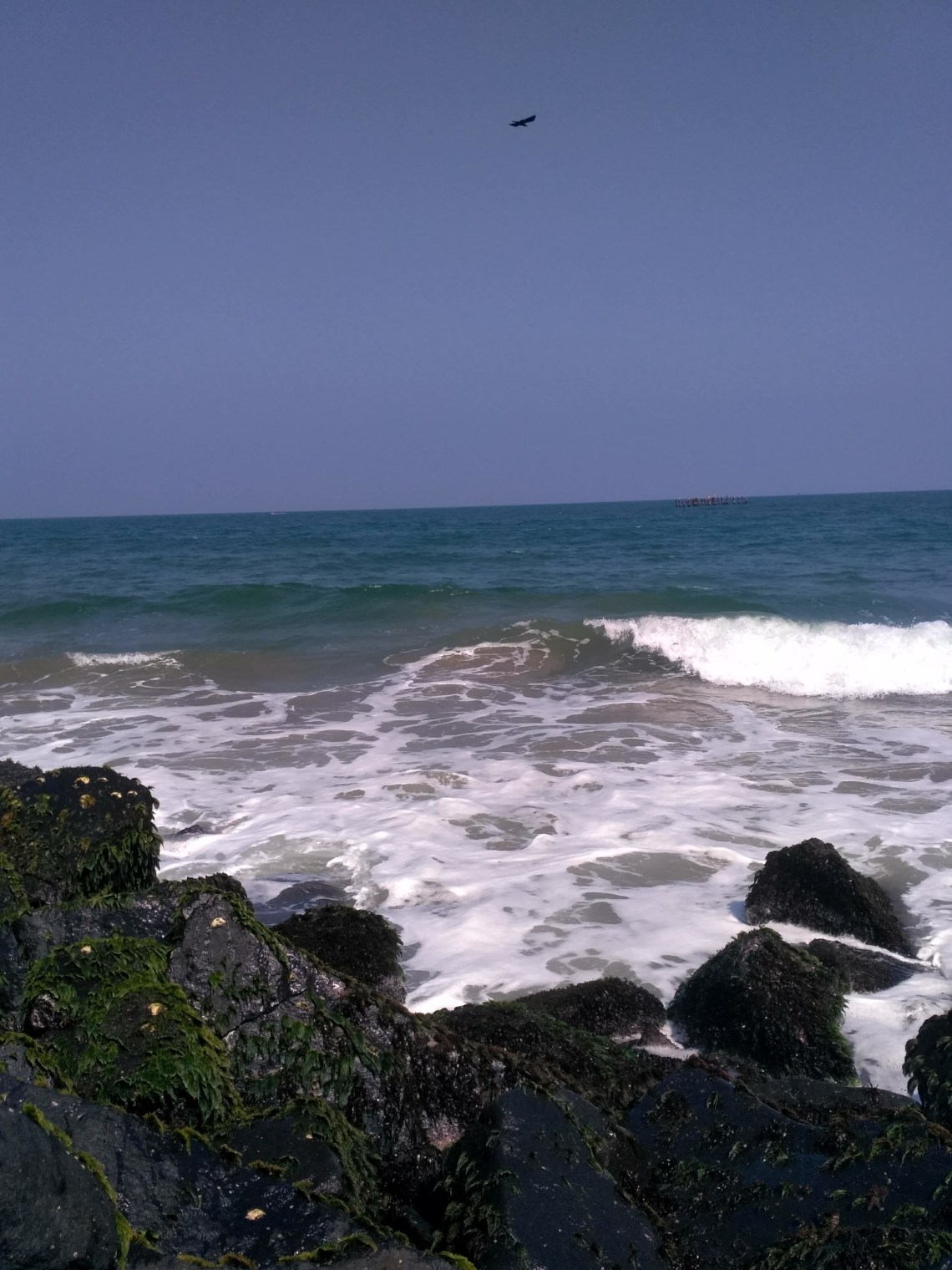 On a boring Saturday evening, tired of looking at trajectories, I lazed around trying to entertain myself. My call for the ocean had come from deep within. I opened up Google maps and looked for trains to the coastline. I had just missed the west coast train. I hoped language would be no barrier and looked for an east coast train. There was a train to Puducherry. I hoped my broken Tamil would be good enough and took the bus to the railway station. I purchased an unreserved ticket and boarded the general compartment and departed to Puducherry on the Saturday night.

0600, Sunday morning. I was woken up by a sticky grime all over my body. I had reached the coast. I walked around the sleeping city staring at its diverse architectural styles. The city had multiple European colonies. The amalgamation of such diverse architectures gave the city an unique mixture of styles. Tired of walking, I rented a bicycle to provide a mobility boost. I meandered around the Sunday Flea Market, constantly fighting my inside hoarding forces of “let’s take this, it will be useful someday!”. I managed to NOT buy a gramophone, a winding alarm clock, multiple film cameras and lenses. I then cycled to the museum, a calm and cozy place filled with artifacts from the previous centuries. They also had tools, cutlery and weapons from the stone age, many of which are thousands of years old. What came as a surprise to me was, many of these historical relics were found in and around the city itself. But the thing that fascinated me the most was Petrified Wood. No, the tree wasn’t so petrified that it was unable to move. Here, it is “change (organic matter) into a stony substance by encrusting or replacing it with a calcareous, siliceous, or other mineral deposit”. The trees which became submerged underground amidst mineral deposits, devoid of oxygen, don’t decay. Instead, over a period of thousands of years, the fine minerals are carried by water and they slowly erode the organic matter and minerals get deposited instead. Unlike most other fossils which are impressions or compressions on sandstone, petrified wood gives a 3D reconstruction with detailed internal structures of the subject. An untrained eye like mine can easily show annual growth rings, the fine internal structures showing the xylem and phloem.

The museum is well maintained with excellent exhibits but like most museums of our country, they have stopped growing. They maintain a fantastic array of artifacts gifted and collected around the independence times. They barely have newer additions to their repository, lack digitization, interactive exhibits and are stuck in the times of their exhibits with archaic administration. I hope museums of India wake up someday and become a fantastic public space that disseminates knowledge and makes learning fun again to the public. On the lines Natural History Museum of London and closer to home, the Planetarium and Museum of BengaLuru which are bustling public spaces for people of all ages to learn and have fun.

Finally, I reached the destination I was most keen on, the shore. I found a calm, lonely spot and played with the waves till exhaustion. I then went in search of shells. I found barnacles, bivalves, hermit crabs, crabs and loads of seashells. I sat at the edge, along the rocks where the waves gently passed over my feet and stared into the darkening sky and the vast sea. How tiny we are in this large expanse is cliché. But this message is only skin deep in the city skylines. But an unobstructed horizon scars the message into you. Reminds us of our inconsequentiality and sends us back home, a tad bit humbler. I returned the cycle and walked back to the railway station and boarded my train back home. 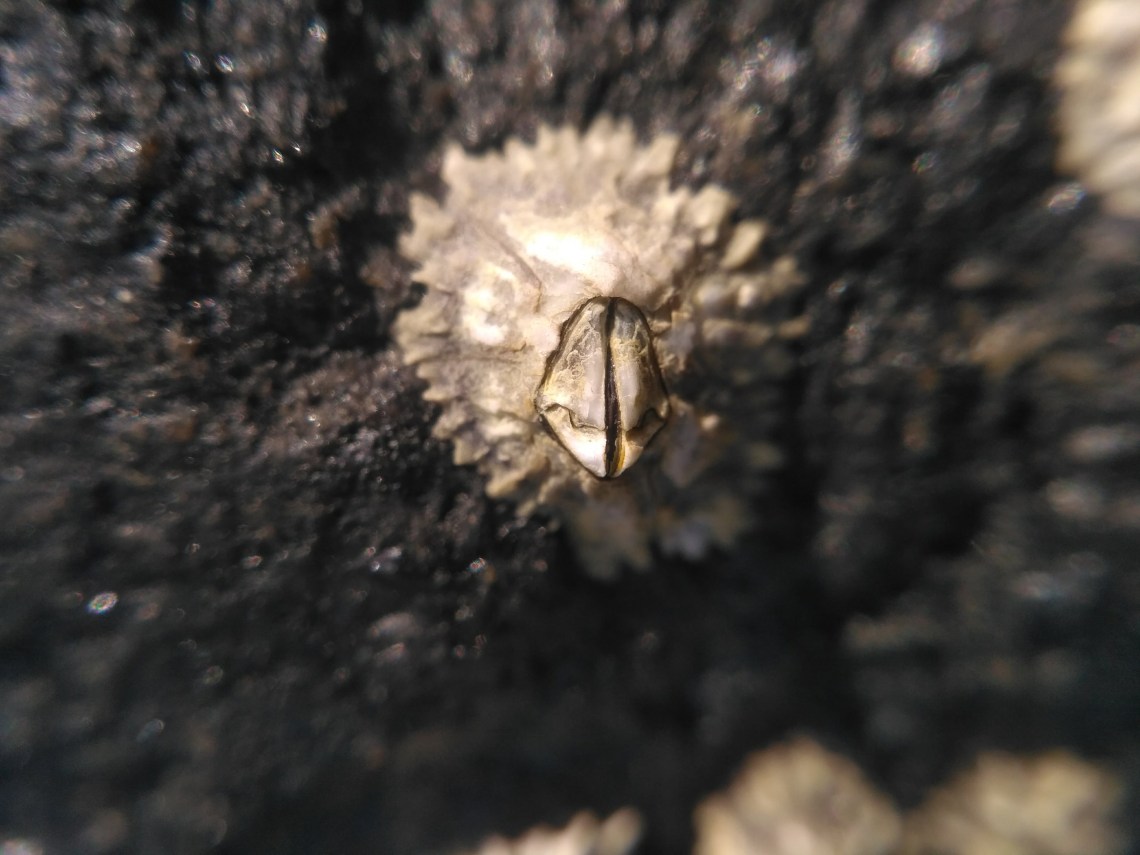 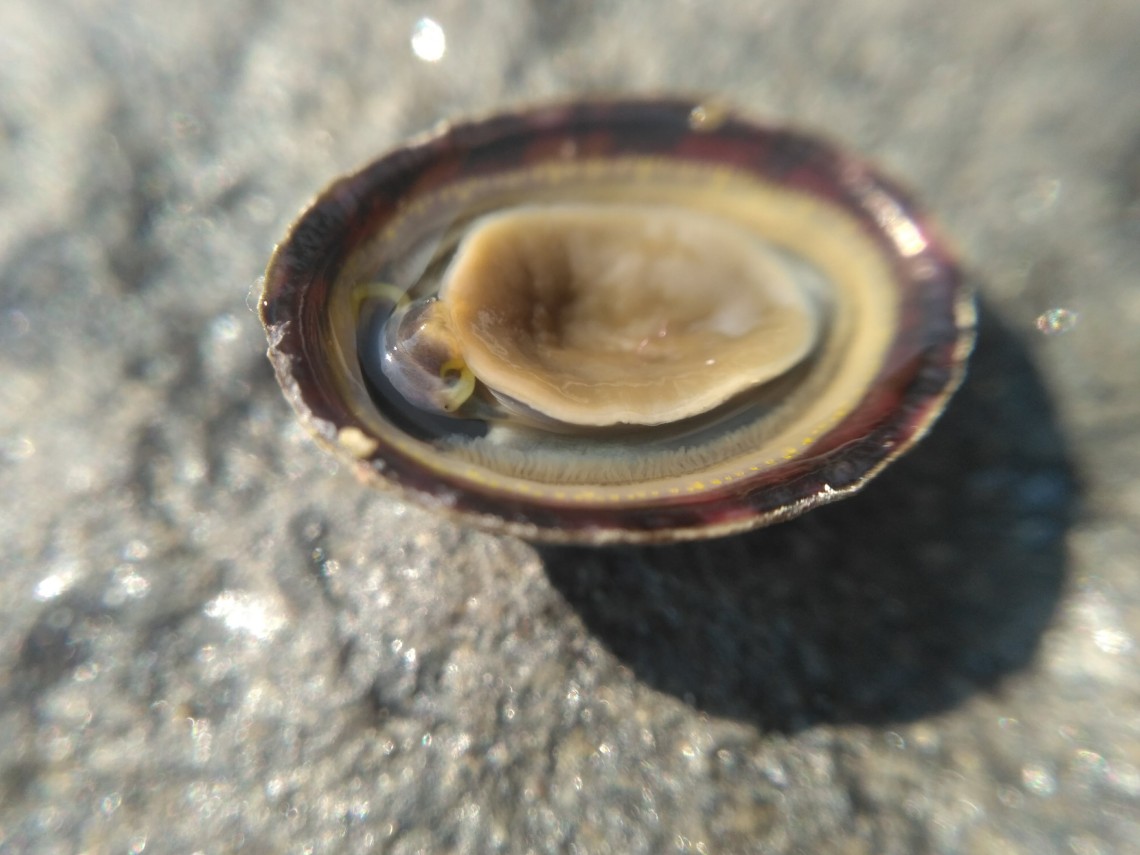 0600, Monday morning. I was woken up by the chilly air, I was back home to BengaLuru. The impromptu, solo journey which cost less than a cab’s fare to the airport was eventful and brought my spirits back up. I realized how much fun a single day outing can be and as a grad student, I personally feel that these short “vacations” gives a much needed calm and time for introspection without actually disturbing the research itself. 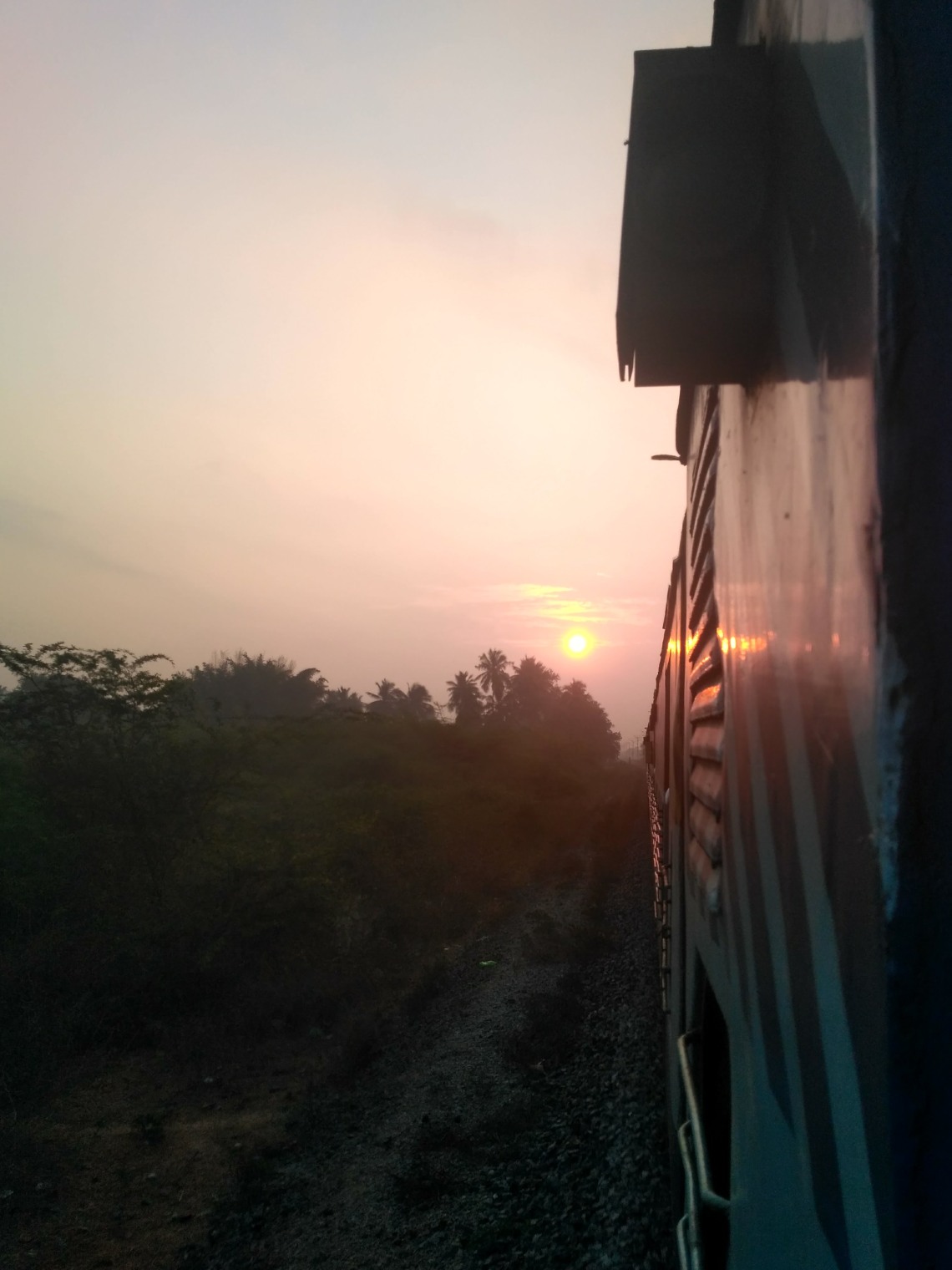 ← Super Blue Blood Moon 2018
I’m gonna do some science, Only got twenty dollars in my pocket! →