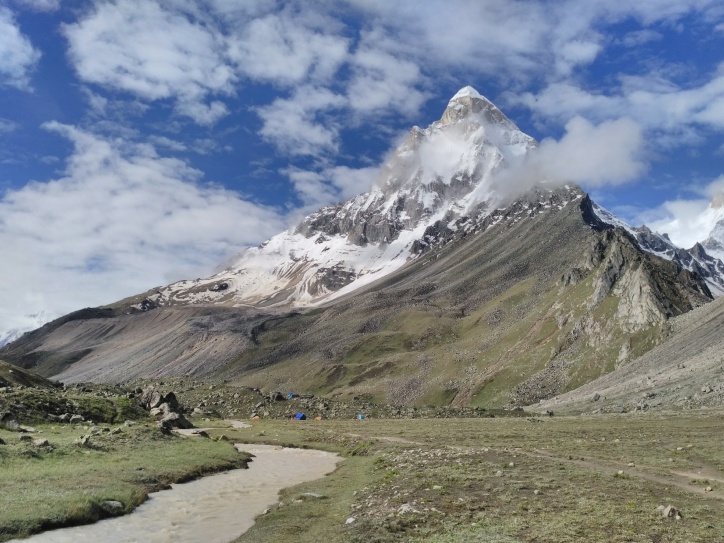 by Pavan Kaushik – Three feet wide path, insurmountable mountain on the left, a fatal fall into the Bhagirathi River on the right. The destination looming at the horizon. As I trek through the treacherous path, beating the chilly wind and the thin air of high altitude, I see flowers. Flowers, flowers, flowers everywhere. Hoverflies and Bumblebees are rambling along, doing their regimen of feeding on pollen and nectar. Amidst this beautifully treacherous yet scenic view of the Bhagirathi river and the Bhagirathi mountain peaks at Gangotri, I see rings. Rings of flowers. I shrug it off as a mere coincidence. As I surge ahead, I see it again and again and again. I wonder, how? Is that really a pattern or me making it up? I sleep over it. 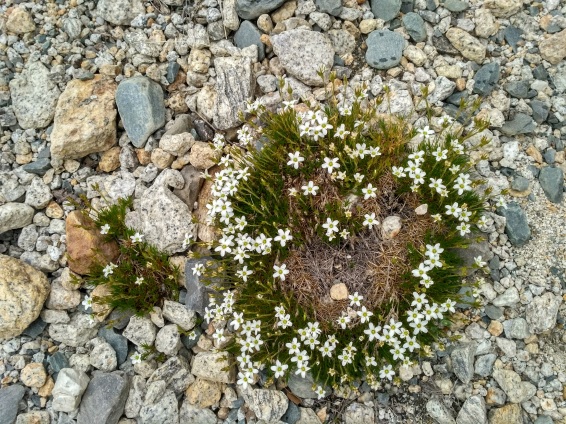 The next day when we reached the alpine meadows of Tapovan, I see these rings again. My trekking mates also point out these rings. They also had been noticing this pattern all along the trail. These rings come in various sizes. There are small ones , large ones, oddly shaped ones but never a tiny one. The tiny ones weren’t a ring but instead a spot. As the patch size increased, there is an increased likelihood of the patch being a ring. we wondered why? Terence, a molecular biologist by training proposed that this is just like bacteria colony rings. As the colony gross, the surviving individuals stay only on the periphery and the centre individual die. This is due to depletion of resources at the centre and the periphery spreads outwards in search of resources. The pattern seems awfully similar to the flowers. The flowers grow on lichen or very thin soil which is very poor in nutrients and for them, going deep isn’t an option as they reach bare rock. Only way out is outwards. The centre starves to death and this process leads to the ring formation. But at very small patch size, there are enough nutrients for the entire patch to be alive making it more of a spot and less of a ring. But there were some exceptions to to this pattern. There were patches which were large but still not a ring. How do you explain this? Can we put them in the exception basket of genetic variations and good soil conditions etc.?

Transplantation experiments and controlled studies manipulating soil conditions might be able to answer the mystery behind the Rings of flowers. If it happens to be the same reason, then not only is there a similarity from bacteria all the way till macroscopic formations of plants at the scale of our cell functions but also at the processes they undergo in their own tiny microhabitat.

← Why we are the NICE “Group”
What is the fun part of your research? Have you ever thought about it? →