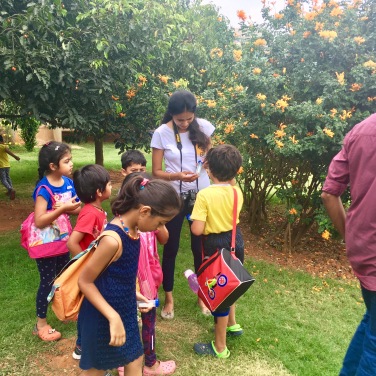 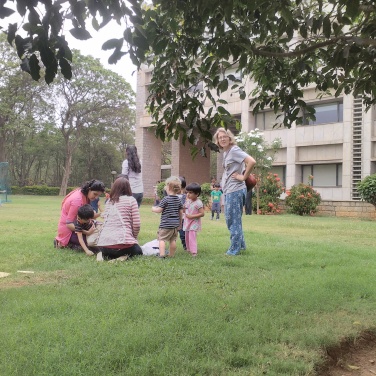 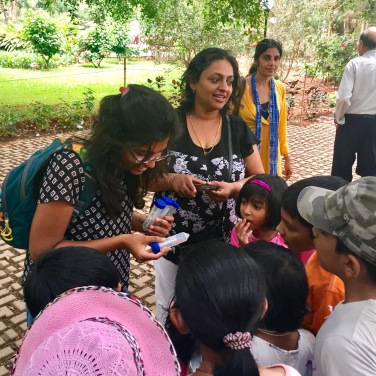 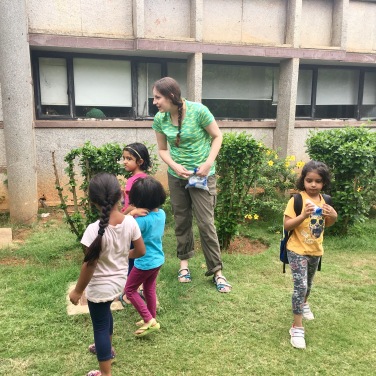 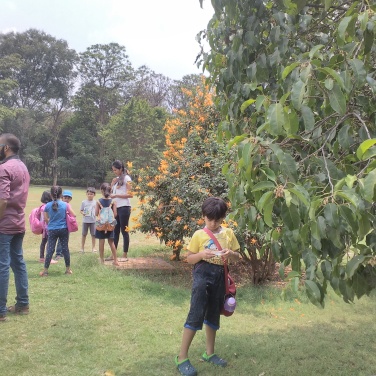 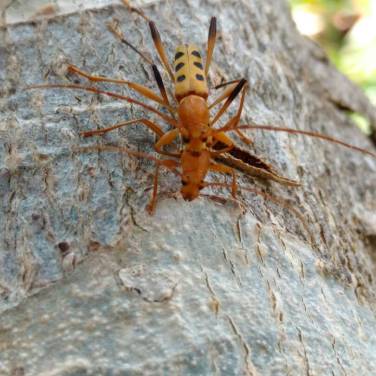 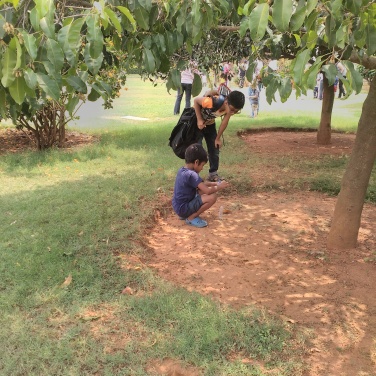 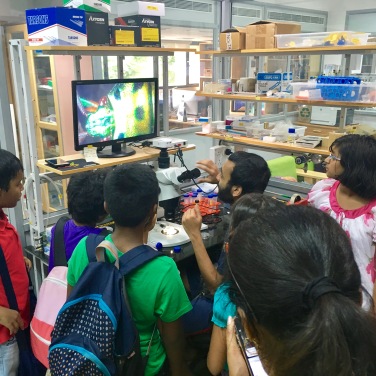 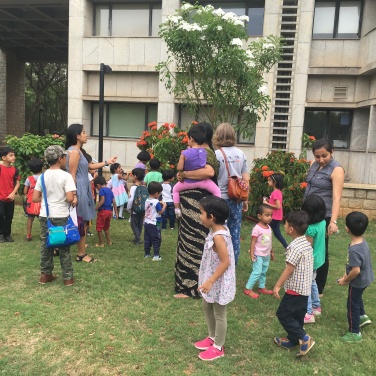 Editor’s Note: This outreach activity was entirely spearheaded by NICE Lab members, with little or no input from the PI.  The lab should be commended for taking the time for such important efforts!

by Hinal Kharva – I write this on behalf of all the nice lab members.  Last Friday we had an opportunity to organize a nature walk with young students of Vivriti School.  This was a  team effort, where from Shannon (our PI)  to all the students in the lab actively volunteered to make it a wonderful interactive session.

The agenda for this kind of activity was to spread knowledge about insects. Why are they important? Not all insects are pests! We walked around the campus mostly trying to catch insects, identify them and discuss them with kids. It was surprising that they already knew quite a lot about insects.

Trust me, it’s really hard to manage things when there are so many kids!  Here is the list of animals we could spot, which includes many insects and some other invertebrates: Jewel bug, Hoverfly, Dragonfly, Praying Mantis, Red Bug, Grasshopper, Plant Hopper, Beetle,  Jewel Wasp, different species of Butterfly, Weaver Ants, four species of Honeybees, a bee hive, Termite mound, and Jumping Spider to name a few.  Among all these, Honeybees and ants were their favourites, as it was easy to spot and catch them from flowers and from the ground.  We also saw some birds like Cormorant, Wagtail, Crow pheasant, Cuckoo, Cattle egret in breeding plumage, Black Kite, Small Owlet, Bulbul and Drongo.

I would like to mention that this was the second time a school visited us and personally I would love to do these activities again and again.  It’s fun with science. It helps us as a student to learn how we can communicate to a general audience. I would like to acknowledge Jyotsna Arun (coordinator from school) and Emily Taylor (Friend of us) for their support and enthusiasm to encourage such an activity.

← Musings at the bottom of a Mountain
The Buzz of Pollination →