Happy Birthday to an Inspiration 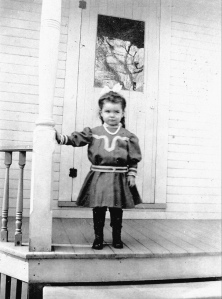 Grace Badger Witherell was born on December 18, 1906 in DePeyster, NY US

by Shannon Olsson – Today we celebrate the 110th birthday of one of my greatest inspirations. While there are many wonderful people who have inspired and guided me in my life, my first mentor was a little dark-haired girl from a farm in Northern New York State.  Though that hair was white when I knew her, the life she lived has been a great inspiration to me for as long as I can remember.

Grace’s parents, Luda and Charles Witherell. They were married in 1905, and Grace was born soon after.

Grace Badger Witherell was born this day 110 years ago to Luda and Charles Witherell.  She was the oldest of 3 girls. Grace was very active in the church and the local Grange.  She also started the very first 4-H Club in the town. She was a local teacher before she was married, at a time when teachers taught every subject to their students, and all ages at the same time.

Grace met Wilbur Parish in the church choir. They married and had seven children in the same house where Grace had grown up. Later on, she became a writing correspondent for both the Ogdensburg Journal and the Gouverneur Tribune Press . Grace was also very active in the church next door, and played music at Sunday services and other events for many years.

Grace (wearing glasses in the 3rd row) in her local school. The building later became the home of her daughter, Joyce, where I grew up, and where my parents still live today.

Grace and Wilbur with six of their seven children. The youngest, Sharon, was not yet born. My mother, Joyce, is wearing the light dress in front.

My “Grandma Grace”, as I knew her, was already 71 when I was born.  She lived right up the road from me, and I remember spending countless afternoons after school sitting at her dining table drawing, reading and talking with her.  Grandma loved to read.  We used to joke that she would read the telephone book if she couldn’t find anything else. I used to write stories and poems on scrap paper in that kitchen and she would always help me find the right words.  Later on, when I went to college, I remember telling her that I was going to major in chemistry. She told me that science was her favorite subject in school, too. That was the first time I truly realized that Grace had been influencing me all my life.

Even when I was a small girl, Grace was already a great inspiration. I remember thinking how amazing it was to raise seven, wonderful children while working so hard at home and for the community. Grace touched many lives through her service to others.  Now, on her 110th birthday, it is that commitment to service that continues to inspire me today. Grace spent her entire life making the world a better place as a teacher, a volunteer, a writer, a wife, a mother, a grandmother, and a friend. Someday, when my own daughter, Grace, is grown, I hope she continues to remember that selflessness, and knows that she is named after one of the greatest people I have ever known.

A copy of my birth announcement in the Gouverneur Tribune Press written by Grace Witherell Parish. 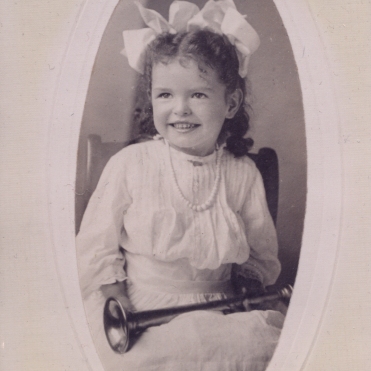 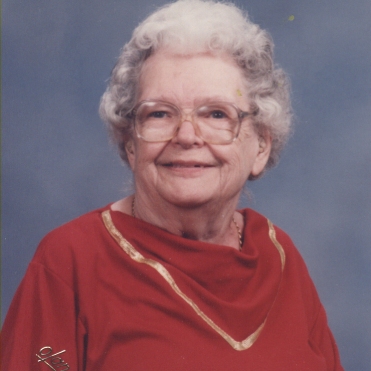 ← NICE in the Seychelles!
Our First Publication! →