Flies, trees, and chalk, oh my! : Adventures in teaching evolution 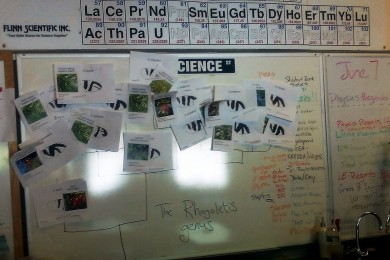 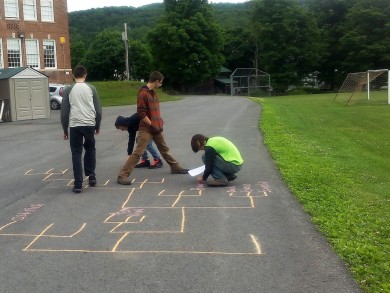 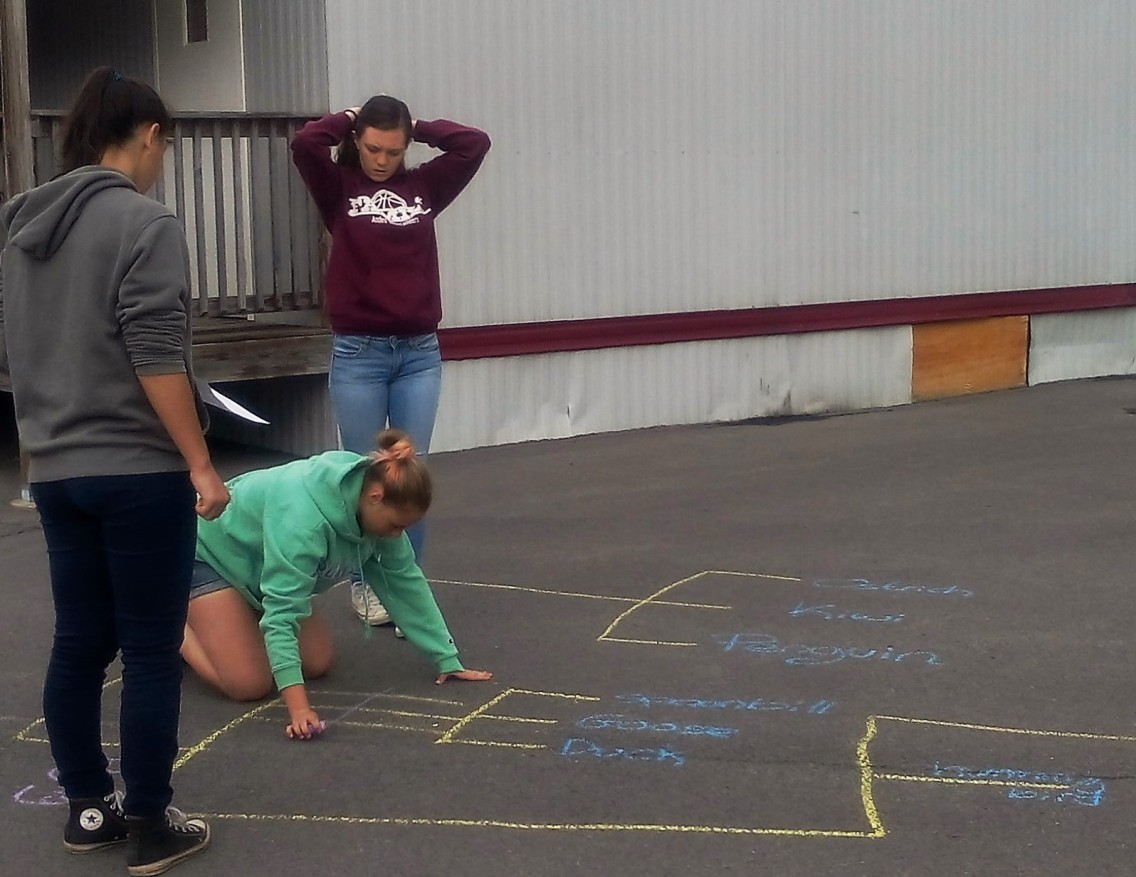 by Cheyenne Tait – I believe that a big part of being a scientist is being ready and willing to share your knowledge and passion with others. I was also inspired by the other members of NICE lab and their recent outreach activities with students in Sikkim and Bangalore. So I seized an opportunity to travel back to my own high school in the Catskill Mountains of New York state, to take over the high school biology class for two days near the end of their school year. They’d just finished talking about evolution, adaptation, and Darwin’s finches. So it was the perfect time to introduce them to the system I work in: the Rhagoletis genus of fruit flies.

It’s a topic that I could talk about for hours. Rhagoletis is a system containing various sibling species that evolved via either allopatric or sympatric mechanisms, with complex contributions from ice ages, parasitoids, and host-associated adaptations, amongst many other factors. But rather than simply talk, I gave the biology students the barest introduction to the flies, then had them try to recreate the evolutionary relationships of the genus, first only with the wing patterns, then knowing the host plant and biogeography of each species, then with mock genetic sequence information. And by the end, with all types of data, thinking and investigating like real biologists, they actually got close to the currently accepted phylogeny.

After they accomplished that, we took our workshop outside to the playground, and split into groups to create evolutionary trees of the birds – in chalk on the blacktop. They discovered that it was much more difficult with this expanded group of more distantly related organisms. Ultimately, no one’s tree was right or wrong, not with the little evidence that they had been given (pictures of the birds and some natural history). More importantly, they learned firsthand about the collaborative process of making and rejecting hypotheses.

Going back to my high school, teaching in the very same classroom where I first heard about Darwin’s finches approximately 10 years ago, was strange but exciting. Discussing the process of science with young people, especially the often misunderstood phenomenon of evolution is important. It wasn’t something that objectively needed to be done: their teacher was there and would have used the days to review for finals. However, in my opinion, yes, it was needed and yes, I would do so again.

Thanks to Mr. Ed McGee and his curious, enthusiastic 9th and 10th grade biology students for two awesome days of evolutionary biology!