by Santosh Rajus – The weaver ants are one of the most effective and aggressive killers, destroying almost everything on their way, from caterpillars to beetles. They live in big colonies and patrol the plant from top to bottom in search of food. But there seems to be a certain insect which has mastered the art of avoiding getting killed by the weaver ants; the Kerengga Ant-like jumper (Myrmarachne plataleoides).

This spider exhibits sexual dimorphism. The male, being slightly bigger in size and with an extended jaw, looks like it is carrying a dead Weaver Ant; which is a very common sight on trees with Weaver Ant colonies. This spider mimics the Weaver Ants in locomotion and hunting patterns, thus enabling it to avoid becoming prey. But sometimes, the spider does come into contact with the Weaver Ants and still manages to get away without getting harmed.

Observing this adaptive nature of the Kerengga Ant-like Jumper, a few questions arise: how does the spider escape even after getting in contact with the weaver ant? How is the spider mimicking the chemical cues?

As always, nature keeps surprising us! 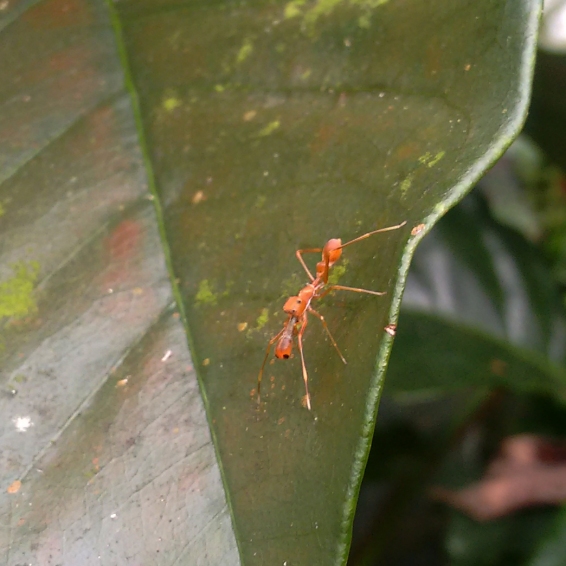 One thought on “Mimicry at its best! Kerengga Ant-like Jumper”